At the last day in Rovaniemi, the capital of Finnish Lapland, I had dinner with two Australian girls and one German guy, with whom I made a friendship at the hostel. 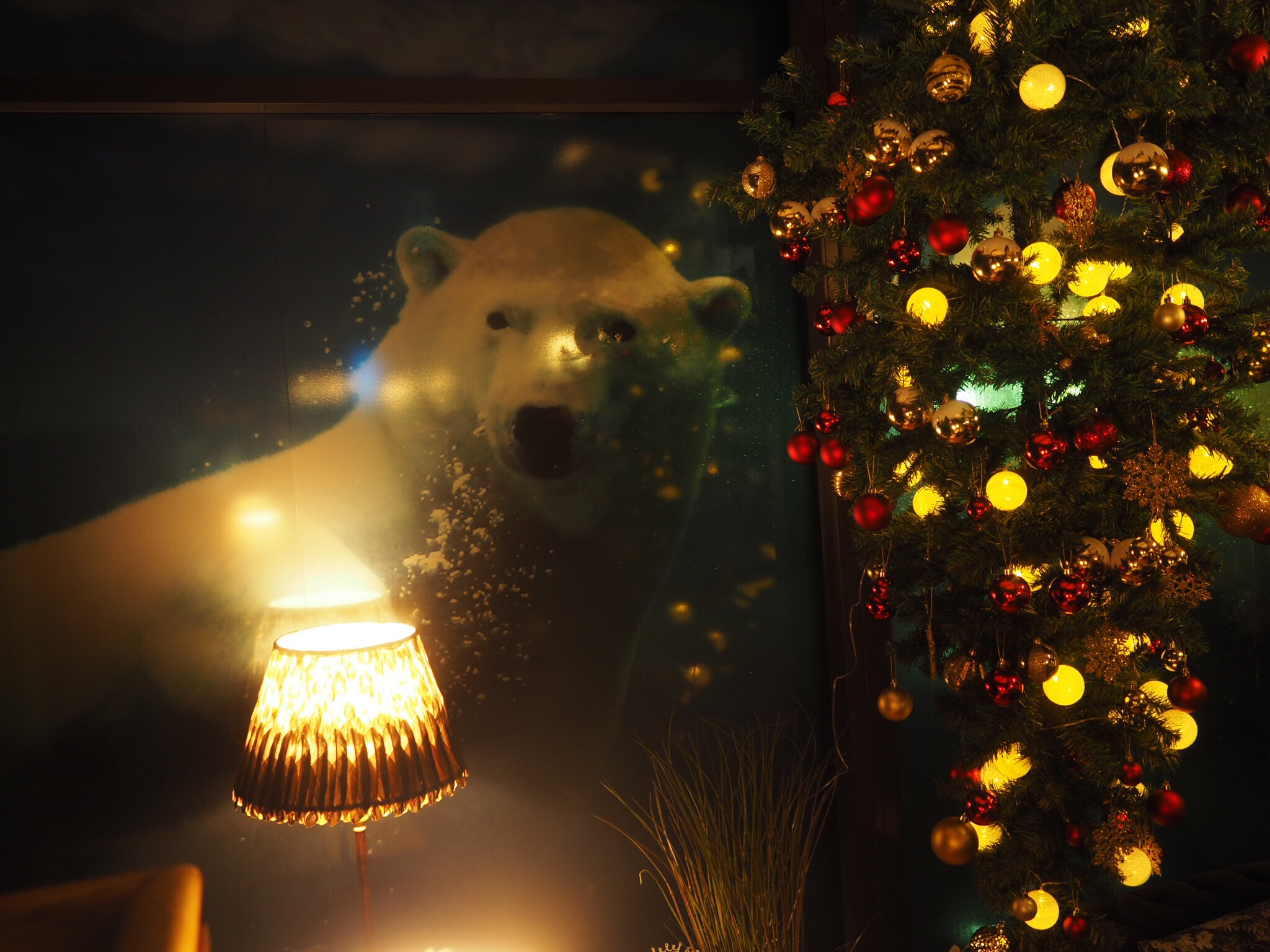 Rovaniemi was my first city in Finland. After I traveled in Russia by the Siberian Railway from Vladivostok to Murmansk, the city of northwest Russia located in arctic circle, I entered Finland by bus. 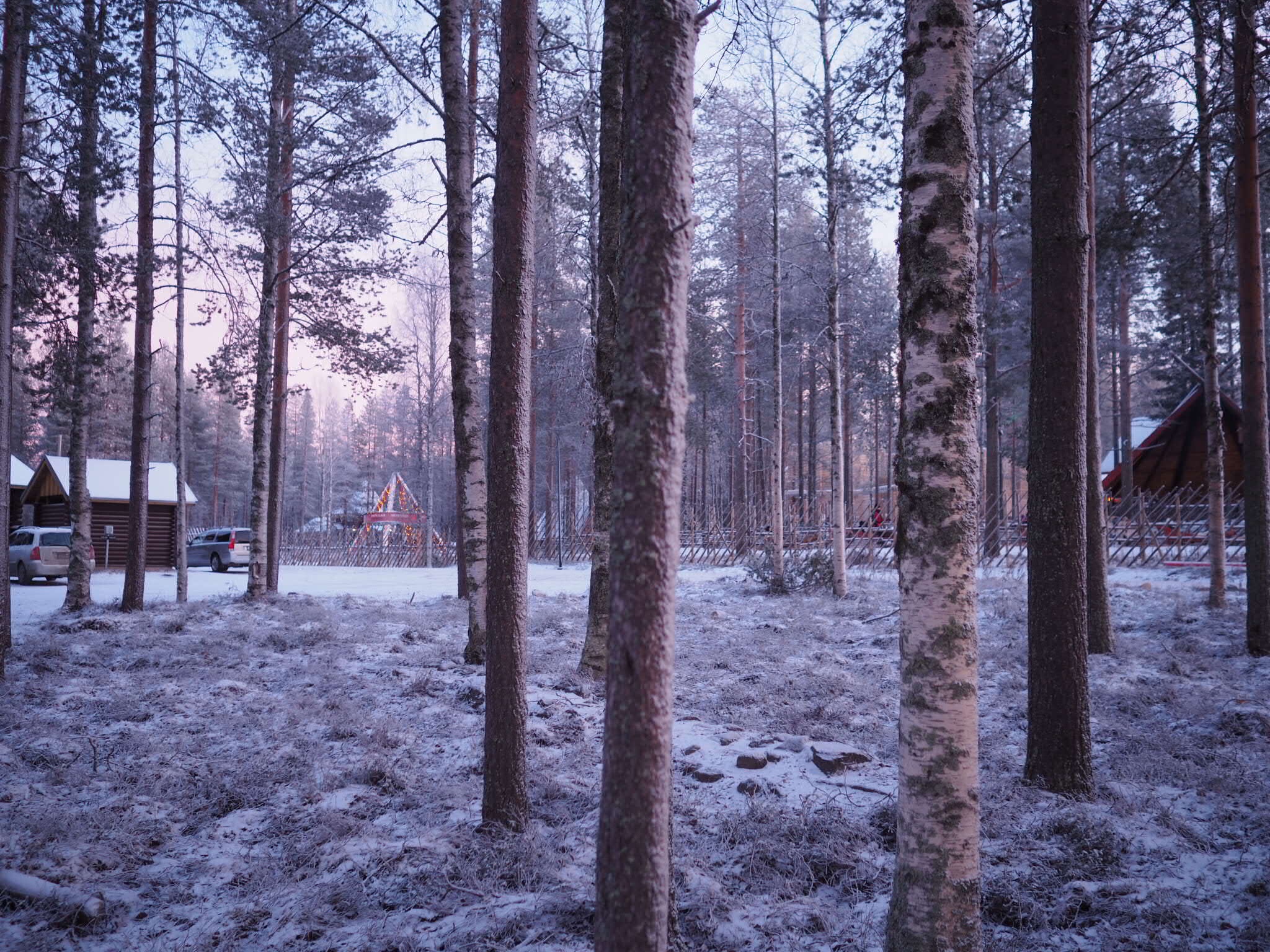 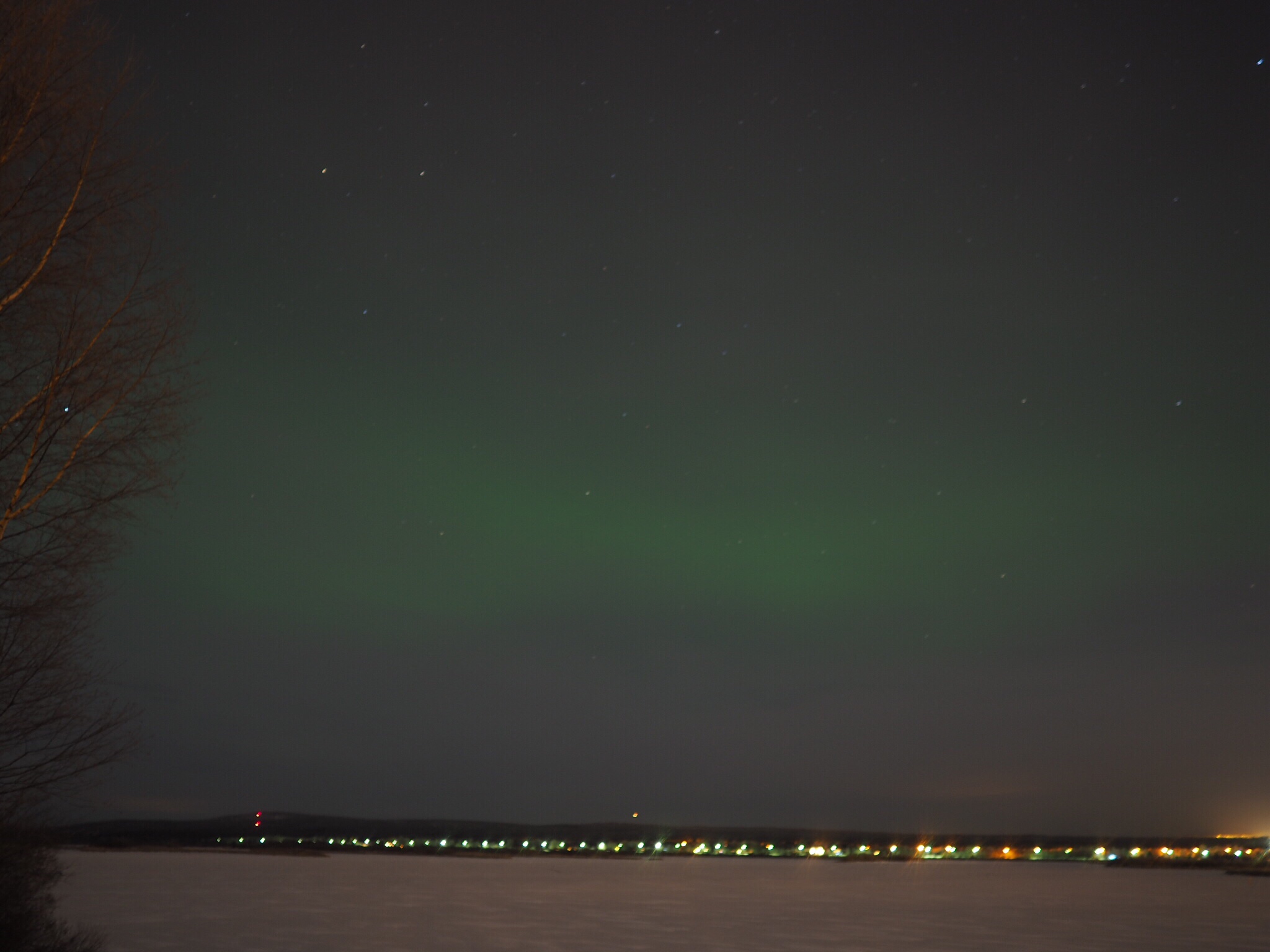 And I met Santa Claus and Reindeers in Santa Claus village. I felt like Christmas Day has already come! I was surprised at Santa Claus speaking Japanese very frequently. It is natural for Santa Claus to speak languages of all over the world because he goes around the world at Christmas day’s night. However I couldn’t help thinking how he mastered Japanese language so perfectly (He studied it so hard in his house or he studied abroad to Japan??). I couldn’t believe that Everything was free in this Santa Claus village. We can enter it for free, we can meet and talk with Santa Claus for free and we can take some photos together by a photographer for free! It costs as much as 32 Euro to get that A4 photo but we can choose we don’t buy it. How reasonable here is! I felt this is like the gift from Santa Claus. 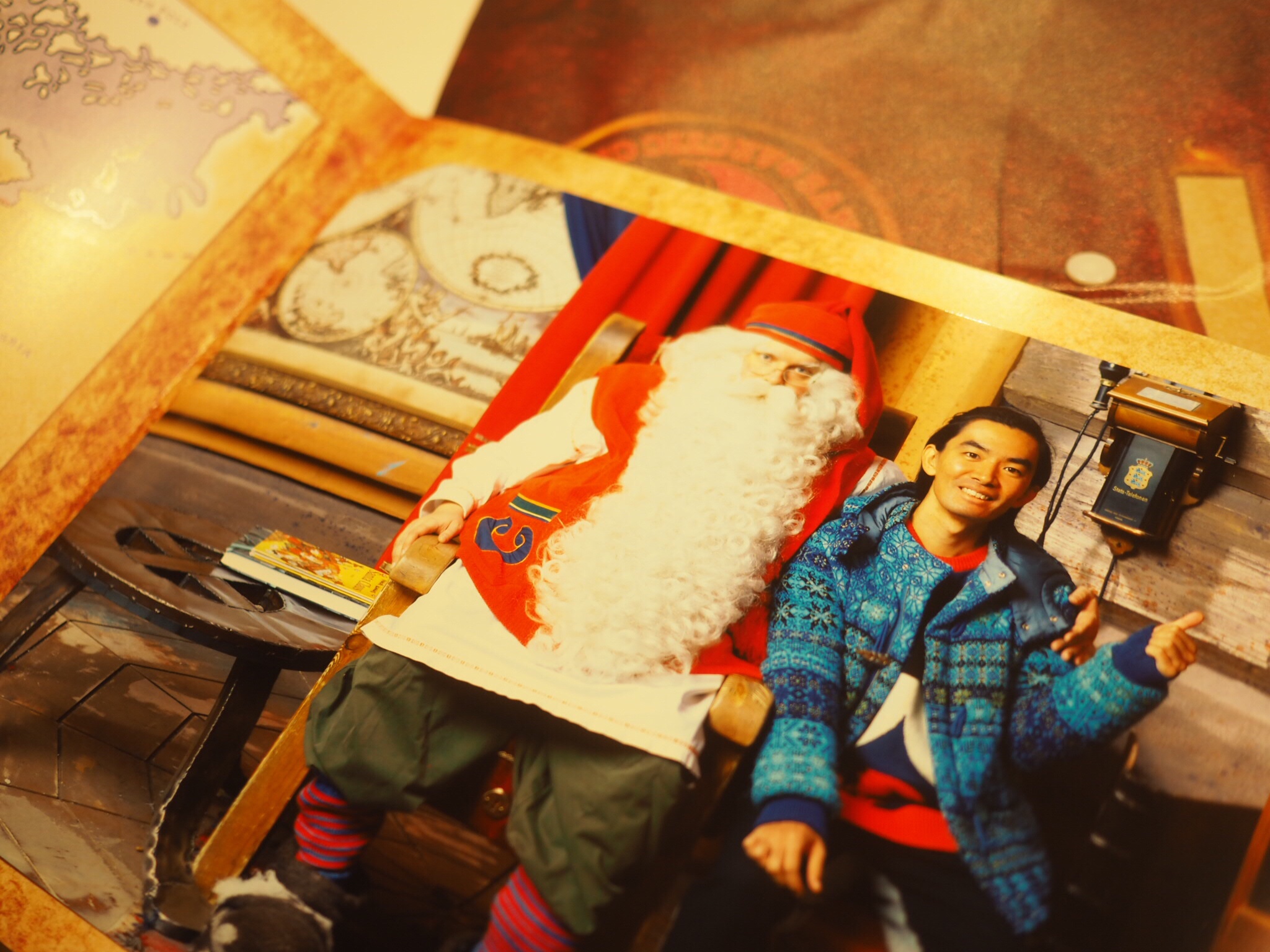 I went to meet Santa Claus twice because it was free and additionally I didn’t know what to do else in Rovaniemi. At the second day I met Santa Claus different from the one I met at the first day. I’ve got to know there are two Santa Claus in this world.

・Everything was expensive in Finland

I felt everything was expensive in Finland relative to Russia. At the restaurants as well and the average price of main dish was 25-35 Euro. I decided to cook by myself at the hostel’s kitchen everyday and actually I did it. 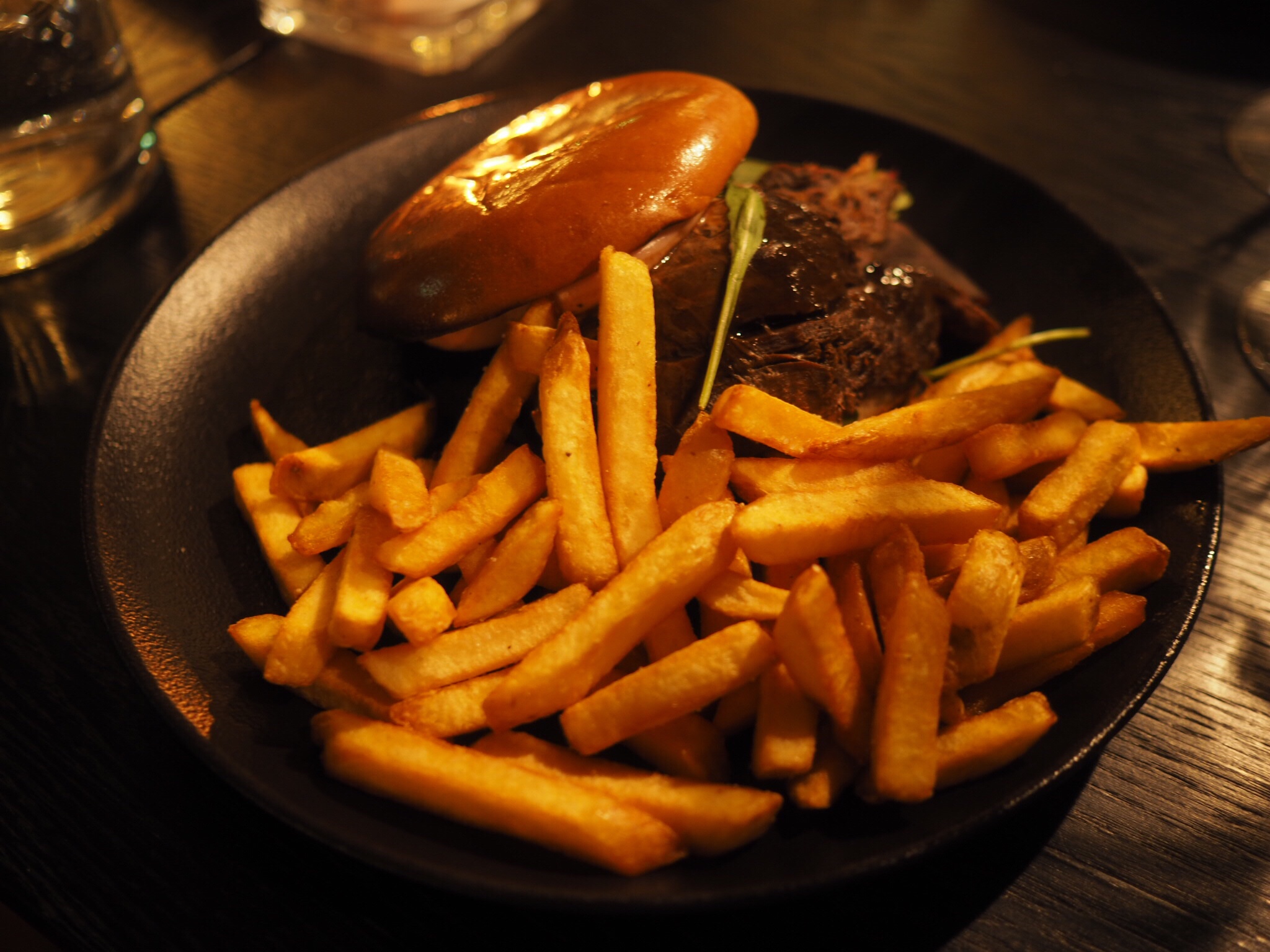 At the last day in Rovaniemi, I had dinner with two Australian girls and one German guy, with whom I made a friendship at the hostel. We wanted to have some traditional food in Lapland. The famous traditional one is Reindeer meat. Three of us ordered reindeer meal, reindeer hamburger for me and reindeer steak for them.

It was very nice and the taste of reindeer was similar to the one of deer. I remembered that I had eaten deer meat in Hokkaido, the north island in Japan, in this fall.

・What to say before we start to eat

I said “Guten appetite” before we started to eat. It is the German word we can say before they start to eat and I remember it during my studying abroad in Germany for one month in 2008. I don’t know what to say before starting to eat in English language (I’m guessing they don’t say anything) but I do know what to say in German language.

I think the word people say before eating is similar in Europe. I heard that French or Italian people also say “Von appetite”, similar meaning to German. They use that word to promote their appetite in European countries and I know Japanese “Itadakimasu” has quite different meaning from them. 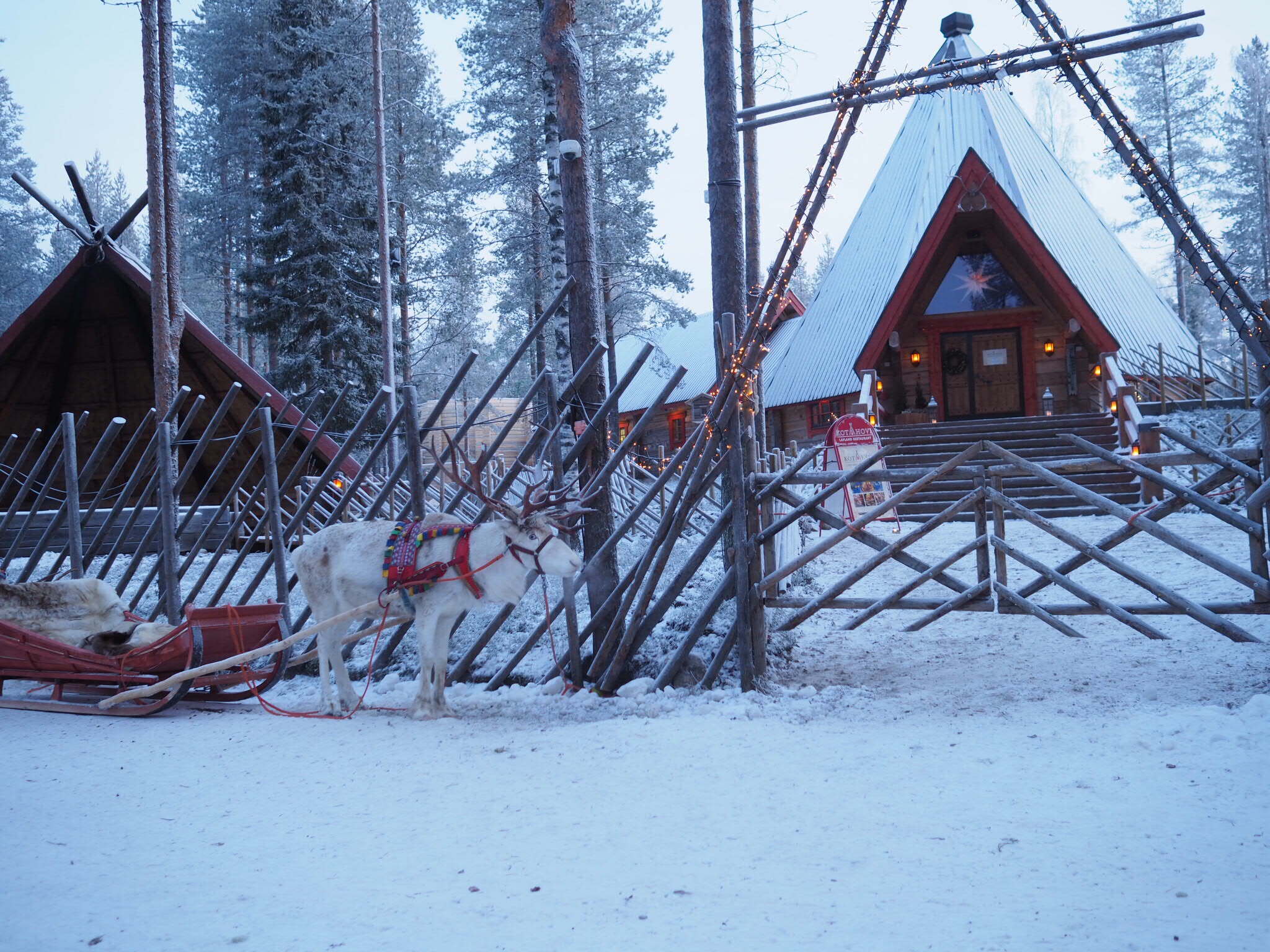 “Itadakimasu” means that we are GIVEN. When we eat something, we always kill some animals and some plants to eat them whether it is directly or indirectly. That looks like something cruel but that’s the way we live. We cannot live without killing something.

Our life is always GIVEN by other life, animals or plants. So we should appreciate all of life in this world which can give us life before eating. Our future is given by some life and we should not forget that fact, this is the Japanese way of thinking.

If we say “Itadakimasu” before eating, we can remember that our life is always GIVEN and we can continue to live our life more sincerely.